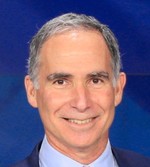 Lee Einbinder, our Chief Executive Officer and a Director since inception, has over 30 years’ experience as an M&A and capital markets advisor to financial services and FinTech companies. Previously, until August 2019, Mr. Einbinder was a Vice Chairman at Barclays and was responsible for senior client relationships across the financial services industry, including Banks, Specialty Finance, Financial Technology, Asset Management and Financial Sponsors. Mr. Einbinder was at Barclays since the acquisition of Lehman Brothers in 2008, and during that time was also co-Head of the Financial Institutions Group and a member of the Investment Banking Operating Committee. Prior to joining Barclays, Mr. Einbinder worked at Lehman Brothers from 1996 to 2008, where he was Head of the Specialty Finance group and founded the Financial Technology group. He previously worked in similar capacities at CS First Boston and Salomon Brothers. Mr. Einbinder is expected to serve as a Director of New Katapult upon the closing of the Katapult Business Combination. He received his MBA with Distinction from the Wharton School and his BSE cum laude from Princeton University. 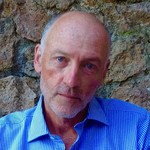 Howard Kurz, our President and Chief Financial Officer since inception, has over 30 years’ experience as a successful institutional investor and asset manager. Mr. Kurz was the founder and has been serving as the Chief Executive Officer of Lily Pond Capital Management LLC (“LPCM”), an alternative investment manager headquartered in New York since January 2001. Most recently, LPCM was the investment manager of a Private Equity Fund (Lilypad Investors I) which provided early stage operating capital and expertise to an array of alternative investment management firms. Before founding LPCM, from September 1996 to January 2001, Mr. Kurz was Managing Director and Head of North American Financial Markets at The Royal Bank of Scotland Plc. Additionally, he was responsible globally for Foreign Exchange, Emerging Markets, and principal investments and was a senior member of the division’s Executive Committee. Prior to RBS, Mr. Kurz was a Managing Director at Lehman Brothers where he headed the Multi-Markets Proprietary Trading unit. He received his BA from University of Pennsylvania. 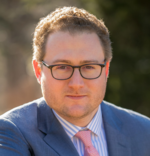 Consultant to FinServ and Head of Business Development

Steven Handwerker serves as a Consultant to FinServ Acquisition Corp. and Head of Business Development since Inception. Prior to FinServ, Mr. Handwerker spent more than 10 years investing in and covering the financial services industry and the financial technology industry in particular. Before joining FinServ as a Consultant, Mr. Handwerker was an Analyst on two of Citadel’s Equity Long/Short Hedge Fund platforms, Surveyor Capital and Aptigon Capital, covering companies within financial technology, payments, insurance, and other financial sub-sectors. Prior to Citadel, Mr. Handwerker was an Investment Banking Analyst in Barclay’s Financial Institutions Group.  He received his B.B.A. from Emory University.